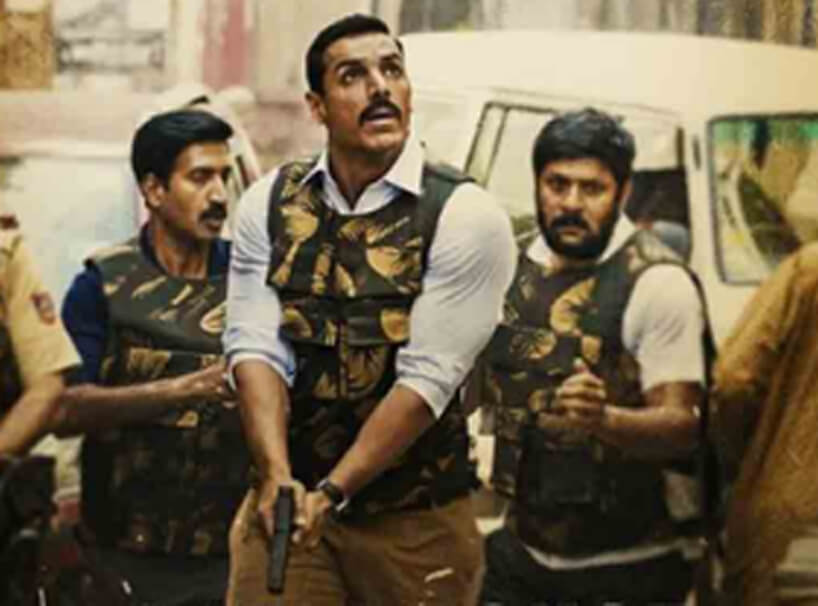 John Abraham’s upcoming film ‘Batla House’ teaser has been released today.  The movie trailer is going to be released on July 10. This movie is made on a true event.

John Abraham’s upcoming film Batla House teaser has been released.  The 26-second teaser has been told about the ‘Batla House’ case which happened in 2008.  This film is based on a true story. Scenes have been shown in the teaser are breathtaking.

Sharing the film teaser, John Abraham wrote – The sound of the bullets is still echoing in the ears after 11 years.  Become part of Batla House’s true story. The movie trailer is going to release on July 10.

John shared a poster before releasing the teaser.  It was written in this poster- A house has been identified … A conspiracy was hatched, a fake encounter.  While sharing this poster, John wrote – and the Batla House investigation started with this encounter. To know the truth, see Batla House trailer on July 10.

Mrinal Thakur plays an important role with John in the film.  The film is directed by Nikhil Advani. This film is about to be released on August 15.

This year, August 15 will be known as the box office clash of the year.  Three big new hindi films are going to be released on Mission Mangal, Batla House and Saho Independence Day.  Akshay Kumar had just released the first look of Mission Mangal a few days ago in the Social Media and started the promotion campaign of the film.

Saho is a high octane action drama.  After the Bahubali 2, Prabhas is back with another power packed performance with Shraddha Kapoor.

On 15th August three new hindi film will going to release and it is assumed that this independence day bollywood get a high opening of the year.