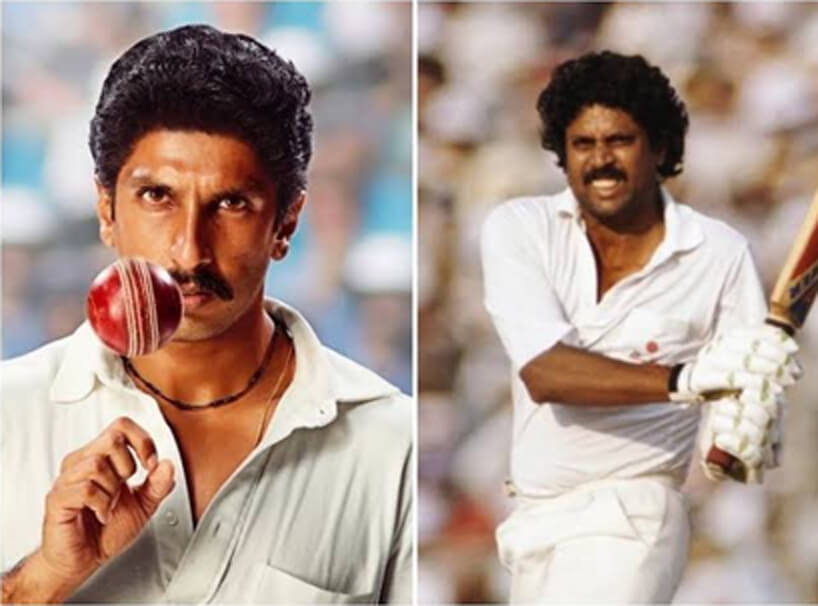 Bollywood hot actor Ranveer Singh will soon be seen playing Kapil Dev in the film 83.  The film is based on the story of the first World Cup won by the Indian cricket team.  Ranveer Singh’s first Kapil Dev Look for the film was recently shared, which was highly appreciated on social media.  Now former cricketer Kapil Dev is on social media and Ranveer is getting loads of compliments for his looks he shared.

There is no confirmation of the fact that the picture is real, but these photos of Kapil Dev shared by actor Sharib Hashmi are doing a great deal on social media.  In the photo, Kapil Dev is wearing red color t-shirt and red, blue and white color pants. They are wearing formal shoes and on the throat, blue-colored sunglasses are hanging.  In the caption of the picture, Sharib wrote, “Kapil Dev preparing for Ranveer Singh’s biopic.”

Ranveer Singh had earlier seen the movie ‘Gully Boy’. Bollywood hot actor Ranveer Singh will soon be seen playing Kapil Dev in the film 83.  The film is based on the story of the first World Cup won by the Indian cricket team.

Ranveer Singh released the first look of the upcoming film ’83’ on his birthday.  In the film, he is clearly seen like Kapil Dev of that period. In this work, make-up, hair stylist, body trainer and cricket experts did a lot of work. Ranveer also spent ten days before Kapil’s Delhi home with him before starting the shoot.

When Ranveer was selected for this role, his first match was matched by Kapil’s highlights.  The height of Ranveer (1.77 m) and Kapil’s (1.83 m) is not much different. Apart from their height, being a body and Punjabi was also an important reason.  Ranveer’s Body Promotion is also very similar to Kapil, whether it is the length of the hand-foot or his biceps.

Apart from Ranveer singh, Pankaj Tripathi, Hardy Sandhu, Saqib Saleem, Ammy Virk, Chirag Patil, Jatin Sarna and more. The film is directed by Kabir Khan and produced by Madhu Mantena. It is based on India’s iconic win at the 1983 World Cup under the captaincy of Kapil Dev.

We are eagerly waiting for this film to release.