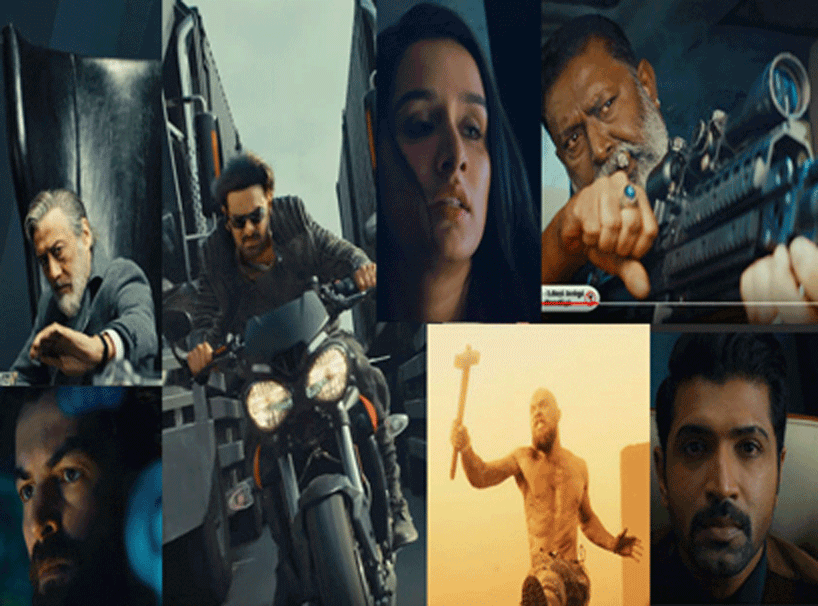 Saaho Teaser Launch: After Bahubali, the people who were eagerly waiting for Prabhas’ upcoming movie ‘Saaho’

Hey prabhas fans are you ready for saaho?

People who were eagerly waiting for saaho, your wait is over now as ‘saaho’ teasers have been released and it is released in three different languages Telugu, Tamil and Hindi.

The teaser of the film is so fantastic that it had already gained 100k viewers on youtube and its still increasing.

The information of the movie Saaho Teaser Launch itself is given by the main cast of the movie (Prabhas) and Actress Shraddha Kapoor, through social media.

If you are a Die hard fan of Prabhas, then this trailer is going to be very much like by you. It is clear from the teaser that this movie is going to be full of action, suspense, and thriller.

Prabhas is looking smart, crisp and strong in the action sequences. His look in the film is quite dashing while Shraddha Kapoor had done justice to her role and looking pretty as usual.

Its been one of the highest budgeted film made under 300 crores in the south film industry. The trailer seems to be a promising film using the vfx effects techniques with intelligence.

Talking about the cast of the filM, Prabhas as usual done a great job in  acting, stunts and actions. shraddha Kapoor also carried a strong character with all the fighting sequels, and the rest of the cast also seems more powerful.

Though it is also a love story but with the amazing cast may be it will  break records of Bahubali.

The film will be released on the occasion of Independence Day ie August 15 2019.